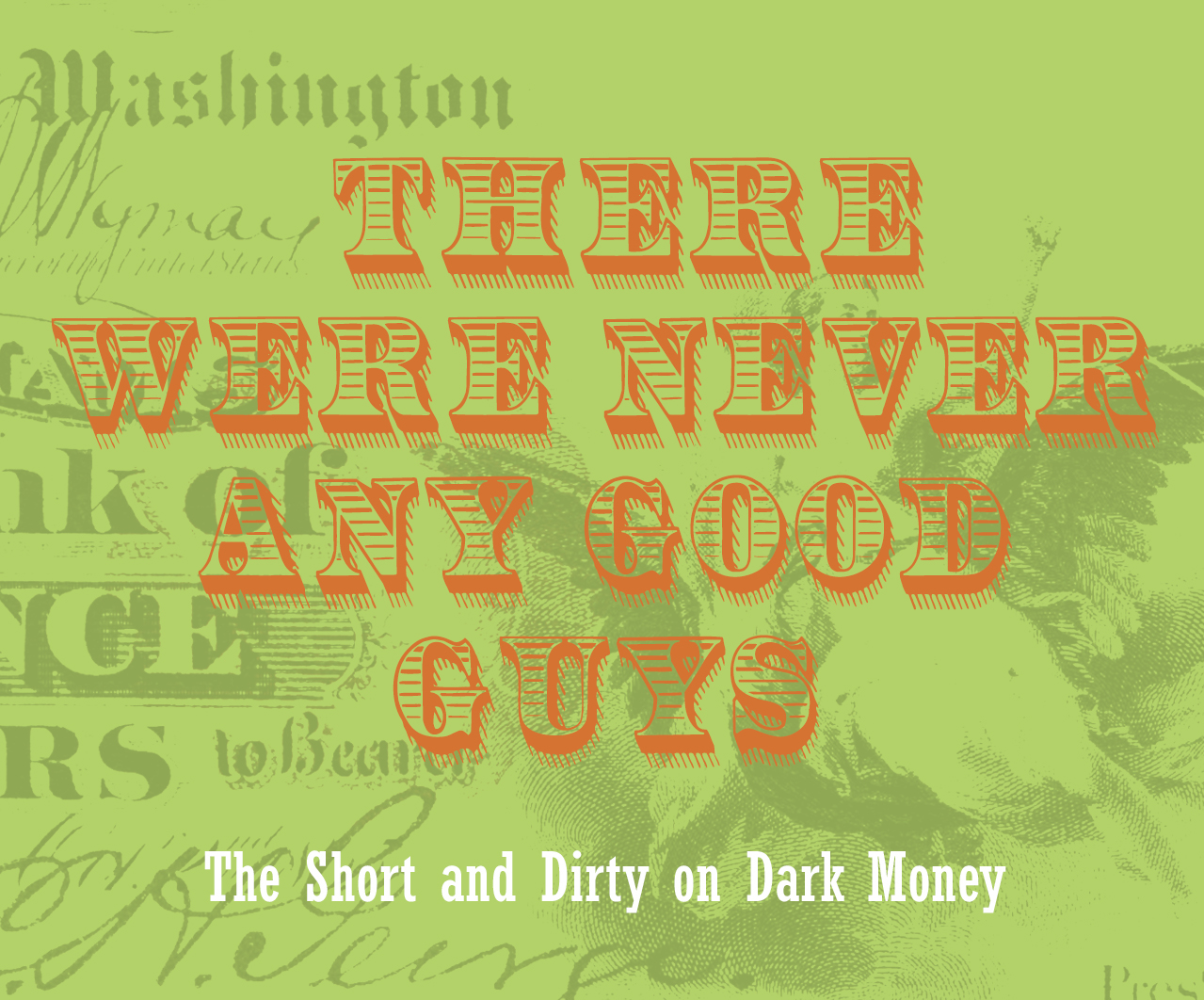 The Center for Responsive Politics has estimated that the 2014 midterms cost roughly 3.67 billion dollars, a massive amount for an off-season election cycle. With 36 senate seats up for grabs, the estimated $391,456,142 spent on just the Senate races equals roughly $11 million per senator.
That’s one expensive desk.
There’s always been money in politics.

Even the sainted George Washington reportedly spent large sums to reward voters who went his way with a booze-fueled party.
(He had learned his lesson – he lost his first race, mostly due to a skimpy alcohol offering at the election celebration.)
However, it’s tough to beat the rank pay-for-play of the early 20th century.
The Tillman Act of 1906, which bans corporations from donating directly to candidates, was passed specifically to stop Theodore Roosevelt from shaking down New York companies for untold campaign contributions.
Roosevelt, who in public made a big show of being a trust-buster, literally got on his knees to beg for cash, according to the turn-of-the-century robber barons he propositioned.
However, the record increases of the past few years have taken campaign spending to dizzying heights that put even Teddy to shame.

So why is this happening now?
It’s all due to something that has only arrived in the past few years – something poetically called ‘dark money’, which, in its broadest definition, is money donated to a political campaign that can’t be traced directly back to a source. But while its legal arrival is recent, the events that led to the dark money phenomenon go back a while.
It is 1972.

President Richard Milhouse Nixon is at the center of the Watergate scandal. But what started as a break-in story quickly became one involving a slush fund of secret funds from unnamed donors.  Totaling over 20 million dollars, the money was laundered through Mexican banks to hide its true sources, such as Texas petrochemical corporations. The funds were hastily deposited mere hours before a new disclosure law was to take place.

What’s more, the only reason the slush funds were discovered?
Some of the money was discovered in the bank account of one of the Watergate robbers.
The Nixon scandal forced Congress to pass the Federal Election Campaign Act, which, among other things, created the Federal Election Commission.
But the victory against unbridled spending in campaigns was short-lived. Not a year later, in the biggest court case you’ve probably never heard of, Buckley v. Valeo, established that political money is a form of speech. The stage was set.
Campaign finance laws in modern America can be thought of as a series of protective shells that shield the candidates from the corrosive effects of money. One by one, these shells are falling away.
At its high-water mark, campaign finance law shielded the candidate three-fold – from huge amounts spent on behalf of a specific candidate, from huge amounts of money spent on an organization that could be potentially working on their behalf, and from direct money being given to the candidate. Valeo negated the the first protection. And a few years ago, the second protection was nullified.
In 2010, the Supreme Court ruled 5-4 in Citizens United v. Federal Election Committee that corporations giving political donations amounted to free speech.

In the words of CNN legal analyst Jeffrey Toobin, “It’s 100 years of precedent being overruled.”
The stupefying increase in dark money spending can be directly tied to these events. What’s more, the campaign-finance busters who brought suit in Citizen United are threatening to attempt to overturn the Tillman Act, too, which would pull away the last piece of that protective shield.
There’s already some dark whispers about one candidate looking to raise $1.7 billion for 2016.

Get your top hat and monocle ready: we’re gonna party like it’s 1899.
You can always contact your representative and let them know how you feel about dark money in politics. In popular perception, such action is seen as a mere drop in the bucket, but congressional staffers we know swear that phone calls and emails, especially enough of them about an issue that’s not at the top of the news, make a difference.

Lawrence Lessig’s awesome MAYDAY PAC is another terrific way to get involved.