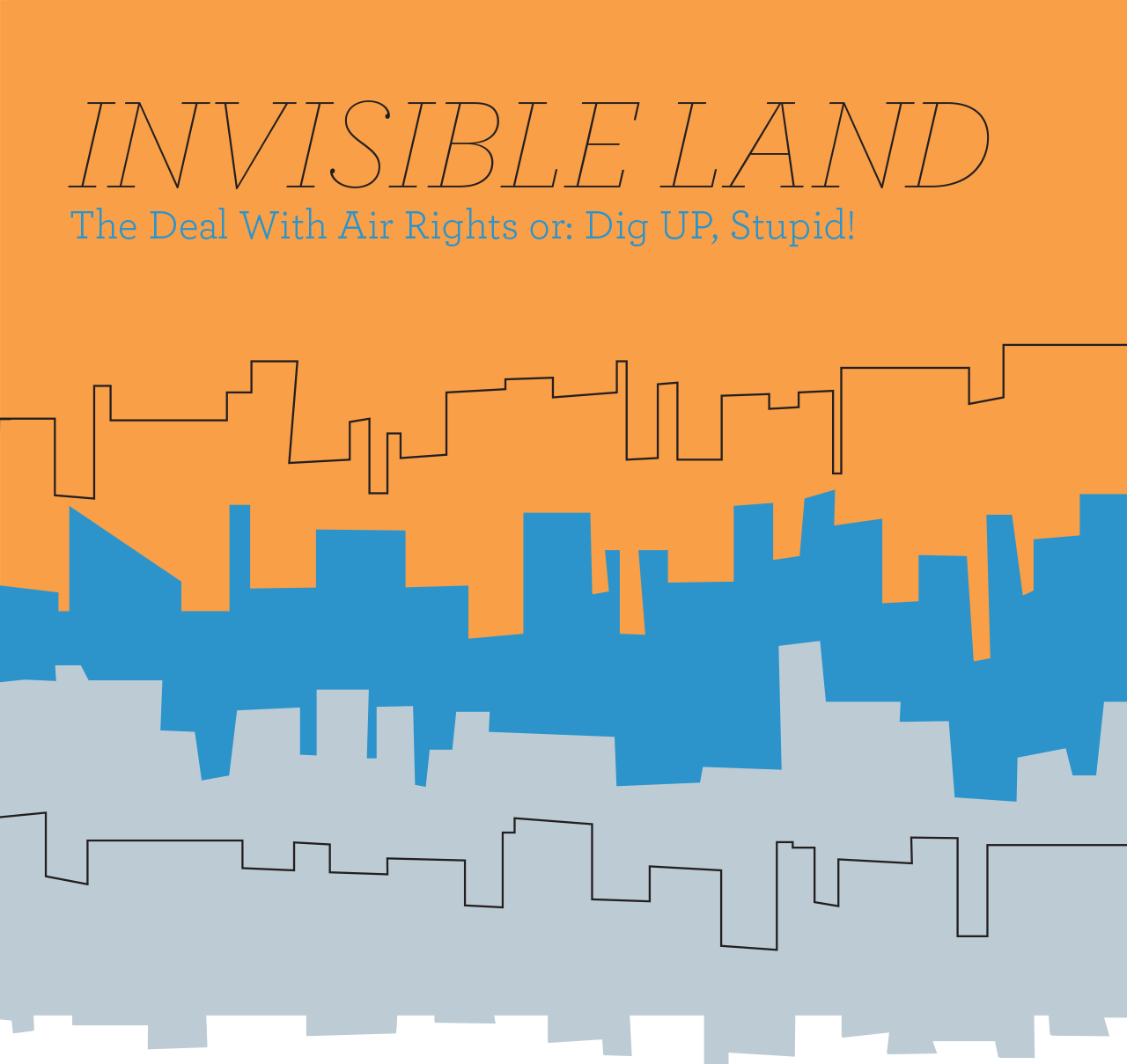 Cities are, by their very nature, crowded places.
And with the recent trend of people moving back into city centers from the suburbs (or not moving out there in the first place), cities are becoming even more packed.
Given all these people seeking housing –

– the only way left to build is up.
Constructing tall buildings is difficult and expensive,  but there is another constraint, too.
To keep cities from feeling
like concrete canyons, many
municipalities have enacted
zoning regulations that limit the
space above ground that can be
developed, using the
concept of air rights.
In a simplified scenario, if the height limit on a block is 10 stories, and a developer wants to go higher, they can purchase the air rights from an adjacent building that’s only 7 stories and then build up to 13.
Although the space over property owners’ lands has been claimed under common law for some time, the first major air rights project was Terminal City, built in the early 20th century around the redesigned Grand Central Terminal in Manhattan. Using air rights acquired from the railroad, the Biltmore, Commodore, Vanderbilt, and Belmont hotels all sprung up in the 1910s, with the Waldorf-Astoria and the MetLife building (né PanAm building) following soon after.
A hundred years later New York is still one of the hottest markets for air rights –  in 2013, dynastic developers the Zeckendorf brothers bought 70,000 square feet of air rights from Christ Church at Park Avenue and 60th Street for $40 million.
Thats's $600 per square foot, a new record!
Compared to the vertiginous price of $8000 a square foot they expect to charge for the units in their planned residential tower, though, that’s chump change.
All this is leading to cottage industries like a proposed air rights “bank,” where nonprofit sellers would be able to pool their air rights and sell them in bulk anywhere in the city.
More recently, buildings along the High Line park in New York have purchased air rights from the park itself, allowing them to build higher than would otherwise be permissible next to that marvel of industrial land reclamation.
There are pitfalls to concentrating all an area’s height in one building, however.
While it’s no secret that corridors of buildings can cause a wind-tunnel effect, when one building is much taller than those around it, the effect can be exacerbated. That building can act like a sail, collecting the air and driving it towards the ground, causing intense winds and urban vortexes.
What will the future bring for the upwardly inclined? Artist and architect Theo Games Petrohilos imagines a twisted air futures market, complete with trading floor, where jobs and status are tied to air value.
Perhaps it will be like Neil Blomkamp’s Elysium, with the elite never deigning to touch the ground.

Or maybe we’ll end up living in a self-contained Buckyfullerian utopian city, free of egotistical concerns about individual buildings.
Hold onto your hats!